After flying in on Friday for a Jack the Ripper tour, and a Wedding Show on Saturday, Karyn and tried to get the most out of London that we could on our last day. We came in through the Metro to Waterloo and found the streets flooded with runners and beyond that the sights of Parliment, Big Ben, and Westminster Abbey. We then went on the London Eye and saw all of London that we could and it was incredible. I now only wonder what it would look like at night. 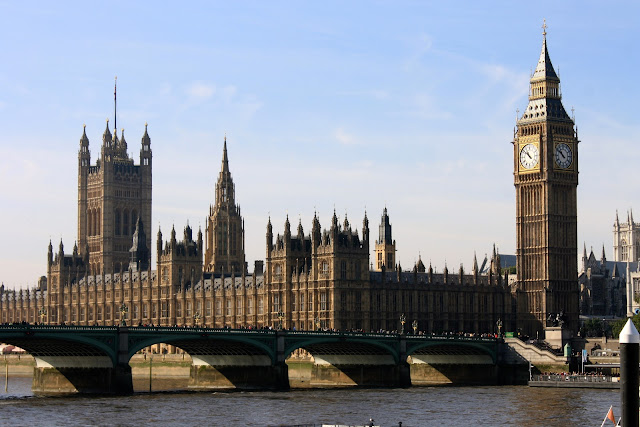 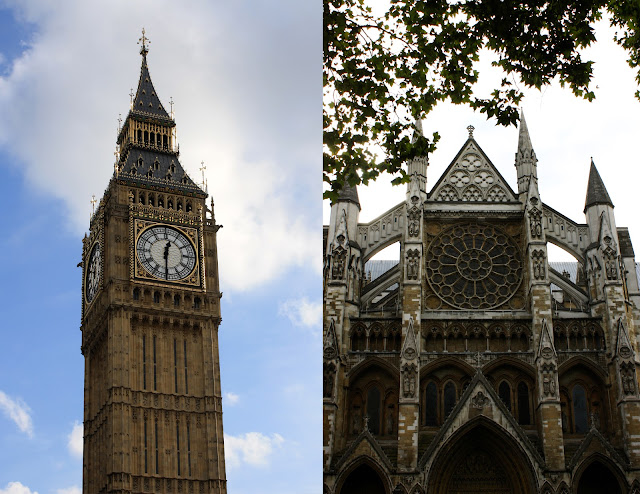 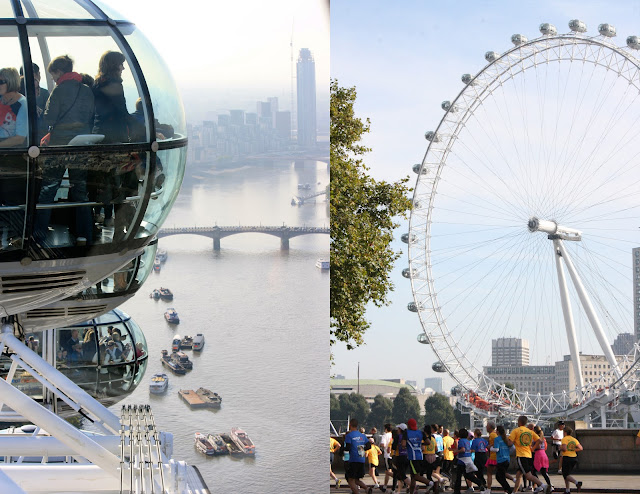 We were zipping around so much during the beginning of the day so that we had enough time to spend the majority of our day at The Harry Potter Studio. I may find myself traveling back to England some day to see more of the sights I could not cram into one day.

The Saturday of our trip to England, Karyn and I traveled by train all the way to Birmingham for the National Wedding Show. Honestly we decided to visit the weekend of October 5-7 so that we could attend this event on a whim after seeing an add in a magazine. Great decision.

The event was held in a giant convention center where there were over 250 vendors for photographers, cakes, honeymoons, make-up artists --you name it. I had a great time visiting each stand and getting a little bit of inspiration. 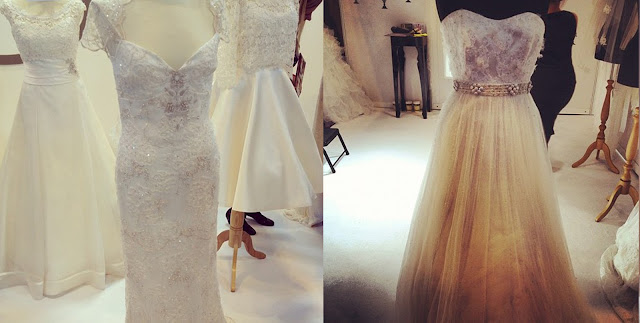 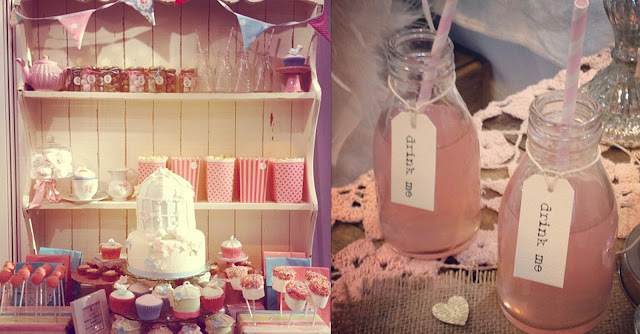 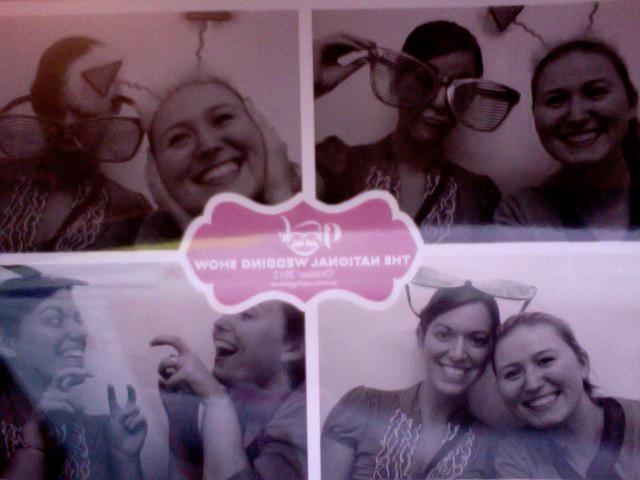 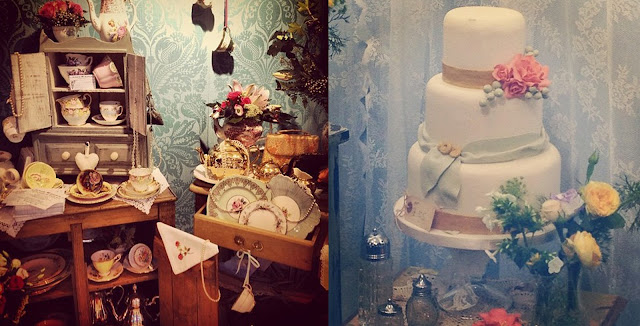 My favorite tents to visit were obviously the ones with the gowns--they were so lovely! I definitely tried one on, because why not. Another favorite tent of ours was the photo booths because we made tons of silly faces and got to use some props. The very best part had to be the Vera Wang fashion show that included all sorts of themes and hilarious acting from some male models.

I can't wait to visit more of these with my Mom when I get back home!

Shannon
Posted by Shannon at 4:48 AM 0 comments

Email ThisBlogThis!Share to TwitterShare to FacebookShare to Pinterest
Labels: Wedding

The Friday night we arrived in London "it was a dark and stormy night." The mood certainly called for a ghostly tour. So Karyn and I went fot the Jack the Ripper tour where we traveled the streets of London learning about the murders committed by the infamous Jack the Ripper. 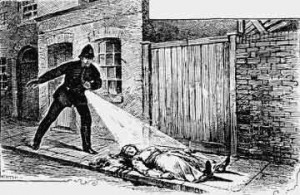 You know the story of Jack the Ripper, a man who snuck through the slums of the East End of London in 1888 silently and gruesomely murdering five prostitutes. The authorities never discovered who the killer was, which makes the tale even more enticing.

We were lead by a man who was rather theatrical and really into the entire case of Jack the Ripper. He lead us down the streets and alleys where the murders took place in the Autumn of Terror and described how each of the women were murdered. Chilling.

Of course towards the end there were tons of speculation about what really happened and who the murderer probably was. There was even the odd conclusion from the terrible terrible movie from 2001, From Hell starring Johnny Depp that brought up the idea that Jack the Ripper was Queen Victoria's physician who was murdering all the prostitute friends of a Catholic girl who wrongfully married the Prince and had a baby that they took away to Ireland to be raised by Mary Kelly (who apparently never died?)

I personally am under the impression that there was more than one murderer and one must have been a doctor.

Shannon
Posted by Shannon at 4:00 AM 0 comments

Last week's trip to England proved to be a near disaster in the transportation area when I discovered that half of the tube was shut down for maintenance. I was sort of relying on the tube as our main sort of transportation from all the major landmarks. But I quickly adapted from just trips on the tube to walking some blocks to other stations, taking the tube, to switch to a double decker bus, and then to a train, to a bus, a tube, and back again. 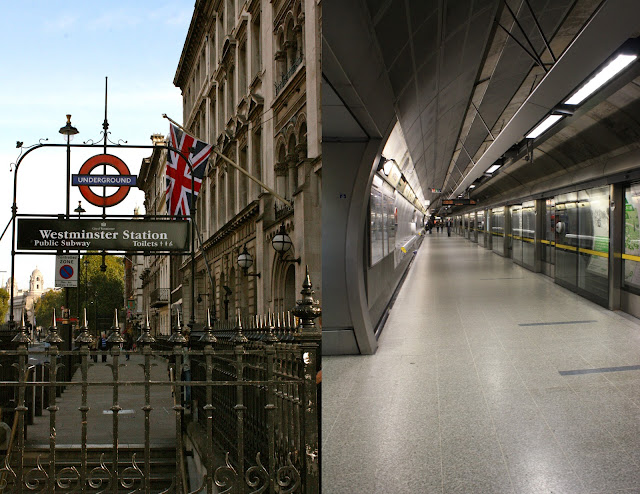 The tube is a lot better than the D.C. Metro. Things tended to look a lot more "clean" or at least gave the illusion. 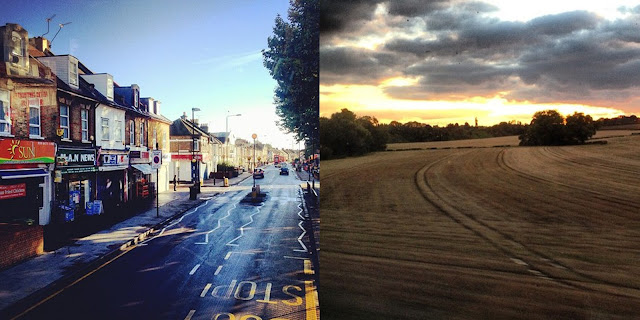 It was better to take other modes of transportation outside of the tube because I got to see the above ground. I saw the streets and the English countryside on the trip to Birmingham.

In a way I'm kind of glad that the tube wasn't as reliable because I know how to really navigate the streets and tube in a way I really never thought I'd be able to.

Shannon
Posted by Shannon at 2:56 AM 1 comments

When traveling around Europe during the "abroad year" typically international students vote hostels over hotels. Hostels are predominantly more cheaper than hotels and will have lots of other internationals staying there who have done there own travels to meet and mingle with. I've been to two so far and have had different experiences in each. 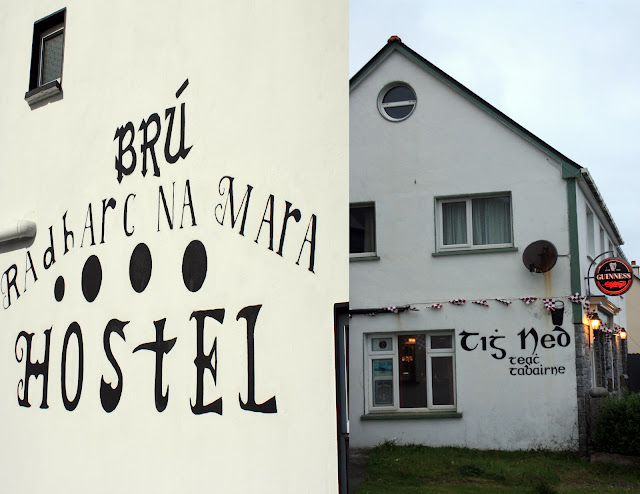 Located on the smallest of the Aran Islands, Bru Radharn NA Mara Hostel was a perfect location for a hostel. My class stayed together when we visited and we had no problems with the place. The kitchen was nice, there were plenty of appliences, we were given cozy sheets and duvets, and the lounge was inviting for all of us to read folktales during the night. There was also a pub next door that was barely heard from the room. This place felt like a home, but had only the appearance of a hostel. 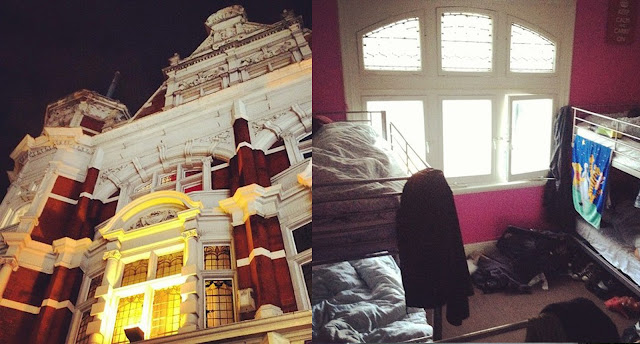 Well, the second hostel was not quite the same. This hostel was located in London, more specifically, the east end of London right near the West Ham stadium. Meaning we weren't in the best neighborhood and we had to follow a man into an alleyway in order to get to the hostel. Honestly, Karyn and I thought we were being lead to our death as we climbed up the cramped stairs. When we got there we found out that we could not be put in a room together since we booked separately. Lesson learned, but then the bed I was assigned to was stolen by some girl and subsequently so was my duvet. So I slept in a random bed with only a fitted sheet.

There was also the promise of a continental breakfast. It was toast. I however enjoy toast and did not mind, but I do believe that is false advertising. I mean the sketchy Econo Lodge of New York/ Connecticut that we went to for the Maury show at least had options.

Then the last night we come back and the West Ham team had just won the game. All the fans were going crazy and were loud all through the night. And what's worse was that the bed I had found after my first bed was stolen, had been stolen again. Honestly, the place was completely disorganized, but for the price of 7 pounds a night I should not complain.

So next time I have a few rules I'll be putting into place:

1. Book your hostel with your travel buddy. Don't get separated.
2. Google map the place you're staying at because it may not be what you're thinking.
3. You get what you pay for.
4. Look up what is going on in the area before hand to check for noise or traffic.

I don't believe I have a concrete idea of my relationship with hostels formed yet. If any of you guys out there have done your own traveling I'd like to hear about your experiences with hostels in Europe.

Shannon
Posted by Shannon at 6:32 AM 0 comments

Hello everyone, it's World Post Day! In order to celebrate I'm sharing more of the postcards that I have recieved including my new favorite card from Belarus along with cards from Spain, Germany, Italy, Netherlands, Holland, and Finland. 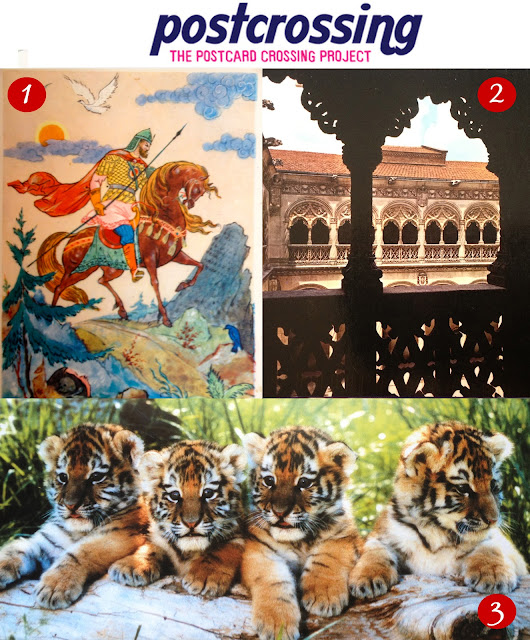 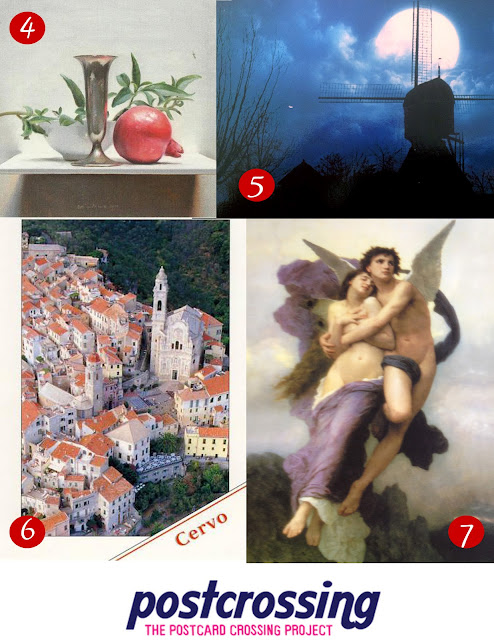 1. Minsk, Belarus // The colors and the story of this card make it my all time favorite postcard. The card is vintage and the sender mentioned that this postcard "is older than our parents." On the back there was an inscription in Russian about the classic Russian Folklore "The Three Marckers of Ilya Muromets"

2. Valladolid, Spain // This is the St Gregorio Cloister National Sculpture Museum where the architecture and art is all beautiful and religious.

3. Rodenhof, Germany // Oooh Tiger cubs. How adorable and the stamp on the back was large and lovely, it has Mary holding the baby Jesus with angels and cherubs all around them.

5. Holland // The sender says she lives by the sea with her family and has lots of grain.

6. Cervo, Italy // Around the area of Cervo there are very little plains and so many of the villages are built on hills by the sea.

7. Finland // What an interesting depiction of a fairy and an angel embracing. But I can see why I was sent this card since I listed fairytales and mythology as my interests. The sender sais they were going to a postcard lovers event in Finland and I hope to go to one some day too.

P.S. I've been sick, and traveling, and sick so I'm sorry that I've been gone.

Shannon
Posted by Shannon at 9:30 AM 0 comments 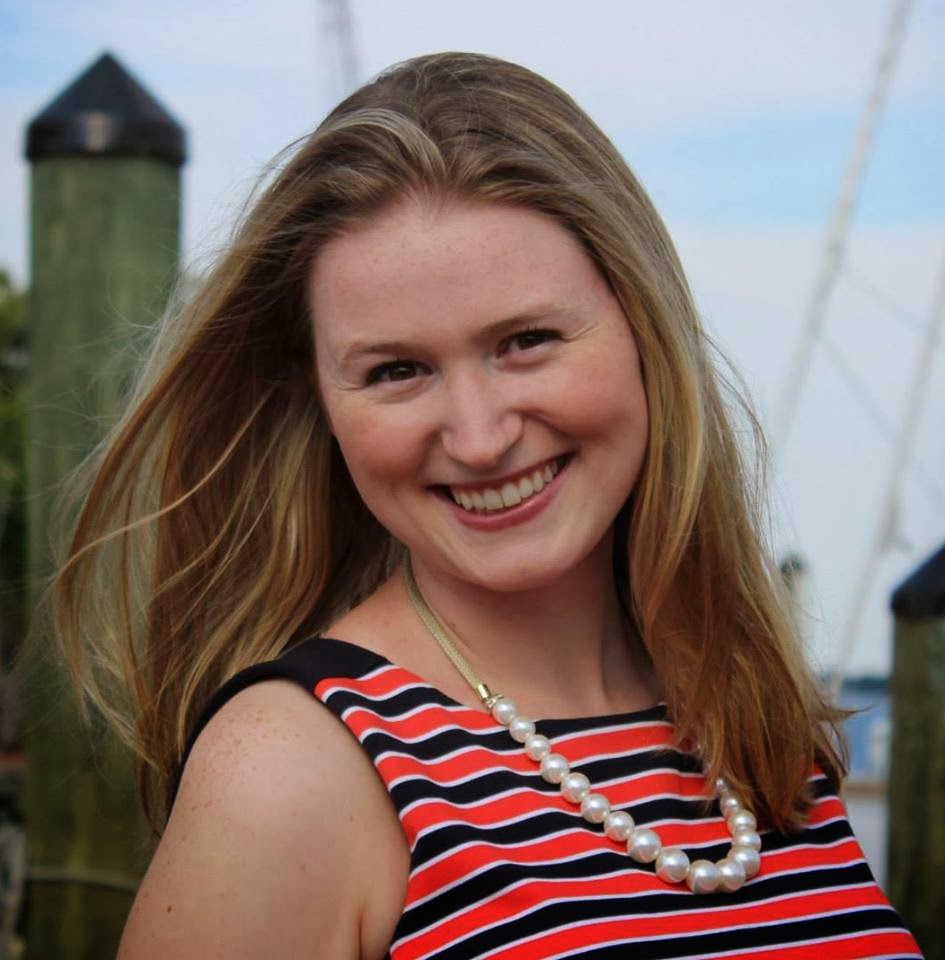